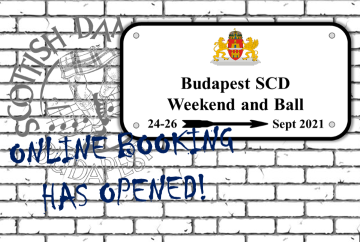 once a month on Satuday evening
(except June-August)
at 19:30 with live music

The purpose of our organisation

The Budapest Scottish Dance Club, which is affiliated to The Royal Scottish Country Dance Society (RSCDS), was founded with the aim to make Scottish Country Dancing popular in Hungary through performances, regular public dances, teaching of dances and to arrange programmes for club members, participate in international events and organise such events in Hungary.

Background to our club

The founders of the club learnt and grew fond of Scottish culture and especially traditional Scottish country dancing in various ways, independently of each other. This common interest brought about their first random dance meetings, which gradually became more and more frequent and regular. Similarities in Scottish and Hungarian history and culture contributed to the birth of our a club in 1998 which was based on a common affection towards Scottish country dancing.

At this time, Celtic music and dance traditions were also popular. Soon our fledgling club had contacts with various music bands, such as MÉZ and Shannon, thus more and more often dances were accompanied by live music.

This initiative and its popularity caught the eye of an official cultural programme organiser and led to our finding a stable home in the Virányos Community Centre. In recent years, the club has moved to Dagály Community Centre where live music is provided by Dagda, a Scottish band at the club's monthly dance house (small ceilidh).

Since the early 90's, we have participated in more and more international Scottish country dancing balls, mainly in countries close to Hungary (Austria, Germany, Czech Republic) and some of us have already been to Scotland and to the U.S.A. too to attend dancing events. Some of our members have attended the RSCDS Summer School in St Andrews, Scotland and become qualified Scottish Dance teachers. At these events we have made a good number of friends, not only from the host countries, since these balls attract fans from all around Europe or even overseas.

Since 1998 our club has been an affiliate member of the RSCDS and some of us are members as individuals. The current number of our club members is over 70, and we have several foreign/honorary members.

With our skills developing, the group is increasingly invited to dance at various events. Thus we have danced at folk dance festivals, at Scottish companies' (or those trading with Scottish products) marketing campaigns and other business events, film shooting, bars and pubs. The club also performs at two Burns Suppers each January, being on the organising committee of one of them.

In order to achieve our long-term aims and to give a formal framework to our fee-earning services such as training (most often for school balls) we had to find a suitable legal entity. This led to founding the Budapest Scottish Dance Club which is a self-sustaining, non-profit association without any government support.

The club is appreciates any support, financial or other. If you like Scottish dancing and agree with our club's aims, please contact us! 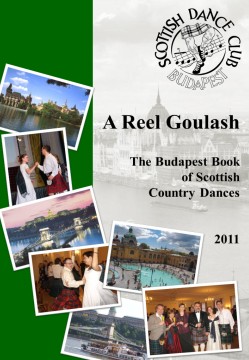 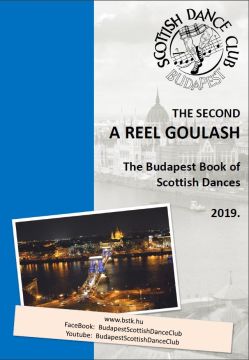 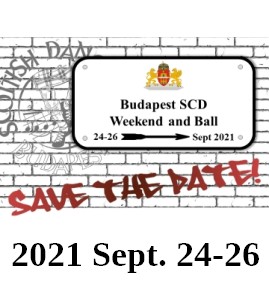